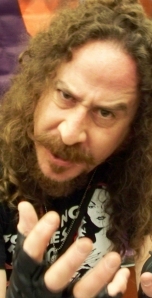 We are pleased to announce that horror icon “Ari Lehman” and his band “First Jason” have signed with Dark Star Records. Ari Lehman is the actor/singer who had the unique honor of having played the role of the First Jason Voorhees in the Paramount Classic Horror Film “Friday the 13th” (1980). The original “Boy In The Lake” himself, Ari played a crucial role in the film’s famous final scene, in which he suddenly emerges from the icy waters of Crystal Lake. Working with Special Effects Master Tom Savini at an early age gave Ari a deep appreciation for the Horror Greats including Lon Chaney, Bela Lugosi, Boris Karloff and Vincent Price. Since his shocking debut in Friday The 13th, Ari Lehman has been quite busy with his Horror Rock Band “FIRSTJASON” who have performed at HORRORHOUND WEEKEND, FANGORIA WEEKEND OF HORRORS, ROCK AND SHOCK, TEXAS FEAR FEST, and FLASHBACK WEEKEND Horror Conventions, as well as THE MILWAUKEE METAL MASSACRE and many of the top Punk/Metal venues throughout the MidWest. ARI LEHMAN has appeared in E!, Entertainment Weekly, Blender Magazine, Chicago Reader, The Chicago-Sun Times, Illinois Entertainer, Denver CBS4-TV News, and Fangoria Radio. He has also appeared at Horror events in Germany, Holland and the United Kingdom. And now “First Jason” is about to unleash their Self Titled Album “Worldwide” through Dark Star Records and their digital partners IODA / Sony Music. 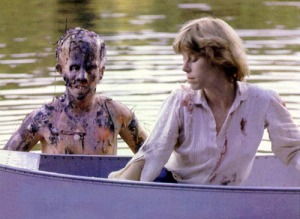 For more info on First Jason Go To: