We are pleased to announce that Ruby Gonzalez and Andrea Winters from “Night Fangs” will be making a special appearance at Horror Movie Mayhem. Also appearing is Max Da’Silva from the first feature “The Day Of The Dead”. Our guests will be doing a special meet and greet before and after the films are run. Participants will have the opportunity to have their picture taken with our celebrity guests and then have them autographed.

Also, merchandise will be available at Horror Movie Mayhem that will include all kinds of cool horror collectables from John M Vitiritti the FX master along with some of the best hard rock, industrial, gothic and metal CD’s via Dark Star Records and SGL Entertainment. So, make sure to have plenty of money on hand for Horror Movie Mayhem. Proceeds from the sales of this event and merchandise are going to help raise funds for the re-make of “Frankenstein”. This epic new take on the movie will be directed and produced by “Ricardo Islas”. Horror Movie Mayhem: SGL Entertainment and Alpha Studios Present a Night of Horror featuring “Night Fangs” and “The Day Of The Dead”. This double feature will be presented at the Portage Theater in Chicago Illinois. This historic theater can seat up to 1,400 people and has a giant screen that will bring these horror movies to you in a larger than life presentation. From the Master of Terror “Ricardo Islas” comes two of the Most Horrifying Films Ever Made. 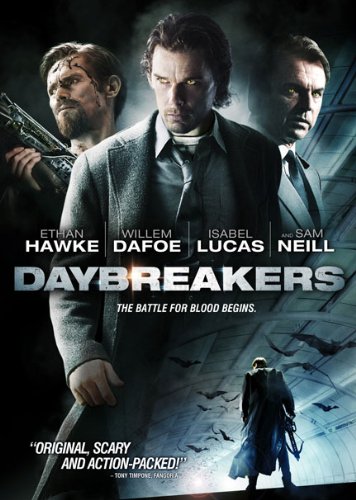 SGL Entertainment in Association with Dark Star Records has officially launched their new Movies On Demand Service. Now you can watch top rated blockbuster movies instantly for as low as $1.99 a movie. You can also purchase permanent downloads to keep forever. The days of renting movies from the local video store are over. No need to worry about late fees or having to drive through a blizzard to drop of your movies. Movies On Demand means you watch the movies you want to watch when you want to watch them. We also have a section called Free On Demand that is loaded with exclusive free content including behind the scenes featurettes of some of the biggest movies ever made. And if that’s not enough we also have a special section dedicated to only horror films called Horror On Demand. Movies on Demand is powered by Amazon.com and DSR Distribution. To start watching movies right now just click on the DVD cover above.
Click Here To Enter Movies On Demand

SGL Entertainment is pleased to announce that the long awaited television documentary called “The Real Vampire Files” will be airing on History Television on September 7th, 2010 @ 8pm. The documentary produced by MDF Productions is expected to be somewhat controversial and includes Drake Mefestta a real life vampire who will be carrying out a live feeding on camera. The television show also includes: Michelle Belanger, Ticia Martyr and the artwork of Ivan Otis.

Here is a description from the project’s Facebook page: Dracula, Nosferatu and now Edward are all part of cinema history and the Vampire legend, but is there any truth behind the spine-chilling fiction? At first bite, the vampire seems to be just the product of our heated imagination, a dark fairy tale. But some folklore’s do hold truths, explain some fears, and satisfy some desires. Indeed, this terrifying monster’s beginnings is a lifetime away from the 21st century vampire – those real people living amongst us who drink human blood and purposely embrace the darkness. The Real Vampire Files explores the evolution of the age-old myth that has truly become a blood-curdling reality. 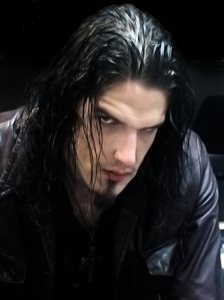 We are pleased to announce that Drake Mefestta and Ticia Martyr of SGL Entertainment have landed major roles in the 2011 remake of Frankenstein “The Day Of The Beast”. The movie produced and directed by Ricardo Islas of Alpha Studios will have an all new approach to it. In a foggy winter morning, a raft brings a priest to an isolated island. He is getting paid to perform a wedding ritual under very mysterious conditions. The groom is Victor Frankenstein, and the young and beautiful bride is his cousin Elizabeth. Seven armed and dangerous mercenary soldiers have been hired to protect her against something huge that hides in the woods, awaiting for that wedding night to be consummated. Victor is the only one who knows the truth about their enemy. His secret will be paid with the life of his private army, whose men will die one by one, as the creature gets closer to his target: the bride. Old style Hammer type of movie, but action packed ala Predator, this is a take on Frankenstein you have never seen and will never forget.

Drake Mefestta will play the role of Kirk one of the seven mercenary soldiers who will do battle with the beast near the end of the film. And, Ticia Martyr will play Agatha as featured in the famous cabin scene. The lead roles are played by Adam Stephenson as Victor Frankenstein, Michelle Shields as Elizabeth and Tim Krueger as The Monster. Ricardo Islas has six horror movies out including Night Fangs, Lockout and The Day Of The Dead, many of which have been released through Warner Bros.

For more info on Frankenstein 2011 go to: http://www.facebook.com/Frankenstein2011