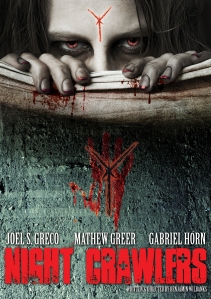 SGL Entertainment is pleased to announce that it has signed a deal with The Phoenix Group and has acquired four full length motion pictures for their cutting edge on-demand digital film distribution. The movies include NIGHT CRAWLERS, SCORNED, THE MAGNIFICENT DEAD and JEZEBETH. The Phoenix Group is a major independent motion picture distribution company founded in 1989 and has offices in Los Angeles, Palm Desert and Boca Raton Florida. SGL Entertainment business partners Jeffrey A Swanson and Damien Dante are also in talks with The Phoenix Group about acquiring a number of Classic Action Films that include some Major Hollywood A List Actors. SGL Entertainment has strong partnerships with many new digital content providers and are able to make titles available on many of the new on-demand services and platforms such as iTunes, Amazon, BigStar TV, X-Box, iReel, Playstation, YouTube Rentals, Cinema Now and More. SGL Entertainment is looking at the future of movies and film and will always remain on the cutting edge of technology. Look for these movies and others to be available worldwide in early 2012 via SGL Entertainment.

For more info on SGL Entertainment go to:

For more information on The Phoenix Group go to: