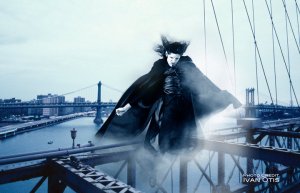 SGL Entertainment is pleased to announce that the long awaited television documentary called “The Real Vampire Files” will be airing on History Television on September 7th, 2010 @ 8pm. The documentary produced by MDF Productions is expected to be somewhat controversial and includes Drake Mefestta a real life vampire who will be carrying out a live feeding on camera. The television show also includes: Michelle Belanger, Ticia Martyr and the artwork of Ivan Otis. 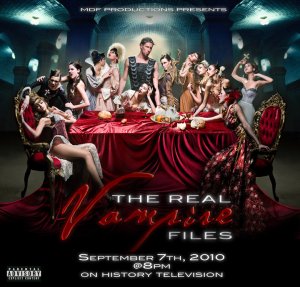 Here is a description from the project’s Facebook page: Dracula, Nosferatu and now Edward are all part of cinema history and the Vampire legend, but is there any truth behind the spine-chilling fiction? At first bite, the vampire seems to be just the product of our heated imagination, a dark fairy tale. But some folklore’s do hold truths, explain some fears, and satisfy some desires. Indeed, this terrifying monster’s beginnings is a lifetime away from the 21st century vampire – those real people living amongst us who drink human blood and purposely embrace the darkness. The Real Vampire Files explores the evolution of the age-old myth that has truly become a blood-curdling reality.